The GR Police Department is coming to Kent City to present on their summer youth program.  If you are interested in hearing about this opportunity, please sign up with Mr. Wilson to attend the informational meeting that will be held on Tuesday, February 18 at 9:45 am.

Hey students! Come to Fellowship of Christian Athletes this Wednesday morning at 7:07 for a message from Mrs. Davis.  Also we'll have great food before our field trips!

All seniors who are fluent in another language besides English and who would like to apply for the Seal of Biliteracy please see Mrs. Long for an application. The deadline to apply will be Feb. 3rd.

The date for donating prom items such as dresses, shoes, and accessories is here. Please see Mrs. Long with your donations and to get your 20% off coupon. Don't forget our prom resale date is February 8th

Anyone interested in going out for Baseball this Spring, we are going to add Monday nights for workouts to go along with Wednesday nights in the Middle School.  We will start Today  (1-20).  There is will be a signup sheet hung outside of Coach Dailey’s Room (Room 302 ) for both Monday’s and Wednesday’s, so make sure you signup, don’t just show up.  Hope to see you there.

The wrestling team made its way through the snow on Saturday to Lakeview to compete in a 12 team individual tournament.  When the day came to an end, the Eagles outlasted its competition and outdistanced the field by 50 pts to claim the tournament championship.  Several wrestlers had great performances on the day.  Jayden Williams, James Farrington, and Jesus Hernandez all claimed championships in their respective weight classes.  Zane Kik, Logan McVicker, Bradley Brooks, and Logan McVicker all earned runner-up status.  Dolan Bair and Brayden Armstrong battled for 3rd place finishes.  Austin Neuman came in 4th, and Kyle Monterusso and Pedro Diaz both finished in 6th place.  The team will be in action this Wednesday at Godfrey Lee as it looks to run its league record to 2-0 as it takes on Lakeview in the opener.  In the second dual of the evening, it will take on a tough Belding team.  Hope to see you there!

Kent City returned to conference play for the first time since the holidays, and the Eagles downed Hesperia in The Nest, 62-17, Friday night. The Panthers scored the game’s first basket, but Kent City scored 29 of the next 33 points to lead 29-6 at the end of the first quarter. After that, the Eagles outscored the Hesperia 33-11 to improve to 3-0 in conference play and 8-1 overall.  Kenzie Bowers led the way for the Eagles scoring 17 points. Jenna Harrison and Mikayla Loew were also in double figures with eleven and ten points, respectively. Lexie Bowers and Joan Carr each scored nine points, and Taryn Preston chipped in five points while Lauren Schnicke scored one point.

The Kent City Eagles trailed early, led big, and then held on to beat local rival Cedar Springs on the road Saturday, 51-46. After trailing 4-0 and 7-4 during the first quarter, the Eagles found themselves tied with the Red Hawks at 7-7 heading into the second quarter.  Kenzie Bowers had all seven of Kent City's points in the first quarter and had eight more in the second quarter, but it was Taryn Preston's three triples in that quarter that provided the extra spark the Eagles needed as they outscored Cedar Springs 23-10. Jenna Harrison also scored six points in the quarter that included an effective full-court press.  The Eagles increased their lead to 17 in the third quarter, but a late run capped off by a late three-pointer saw the Red Hawks cut the lead to five points, 38-33, with one quarter to play. After seeing the lead down to just four points on a couple of occasions in the fourth quarter, Lexie Bowers and Emma Geers each had baskets bringing the Kent City lead back to six.

A Cedar Springs three-pointer cut the lead to 44-41 with three minutes to go in the game, but Mikayla Loew connected on a triple of her own to again push the lead back to six. A pair of late free throws from both Jenna Harrison and Kenzie Bowers sealed the victory for the Eagles. A Red Hawk triple at the buzzer left the final margin of victory at five, 51-46.  Kenzie Bowers finished with 22 points, while Jenna Harrison had ten. Taryn Preston had nine points, Mikayla Loew added six points, and both Lexie Bowers and Emma Geers chipped in two.

The victory improves Kent City's record to 9-1 overall as the Eagles reach the halfway point of the season. Currently 3-0 in the CSAA, Kent City will take on conference co-leader Morley-Stanwood in showdown at The Nest Tuesday night as they make up the game postponed from last Saturday. Game time is 5:30. 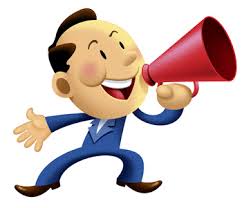